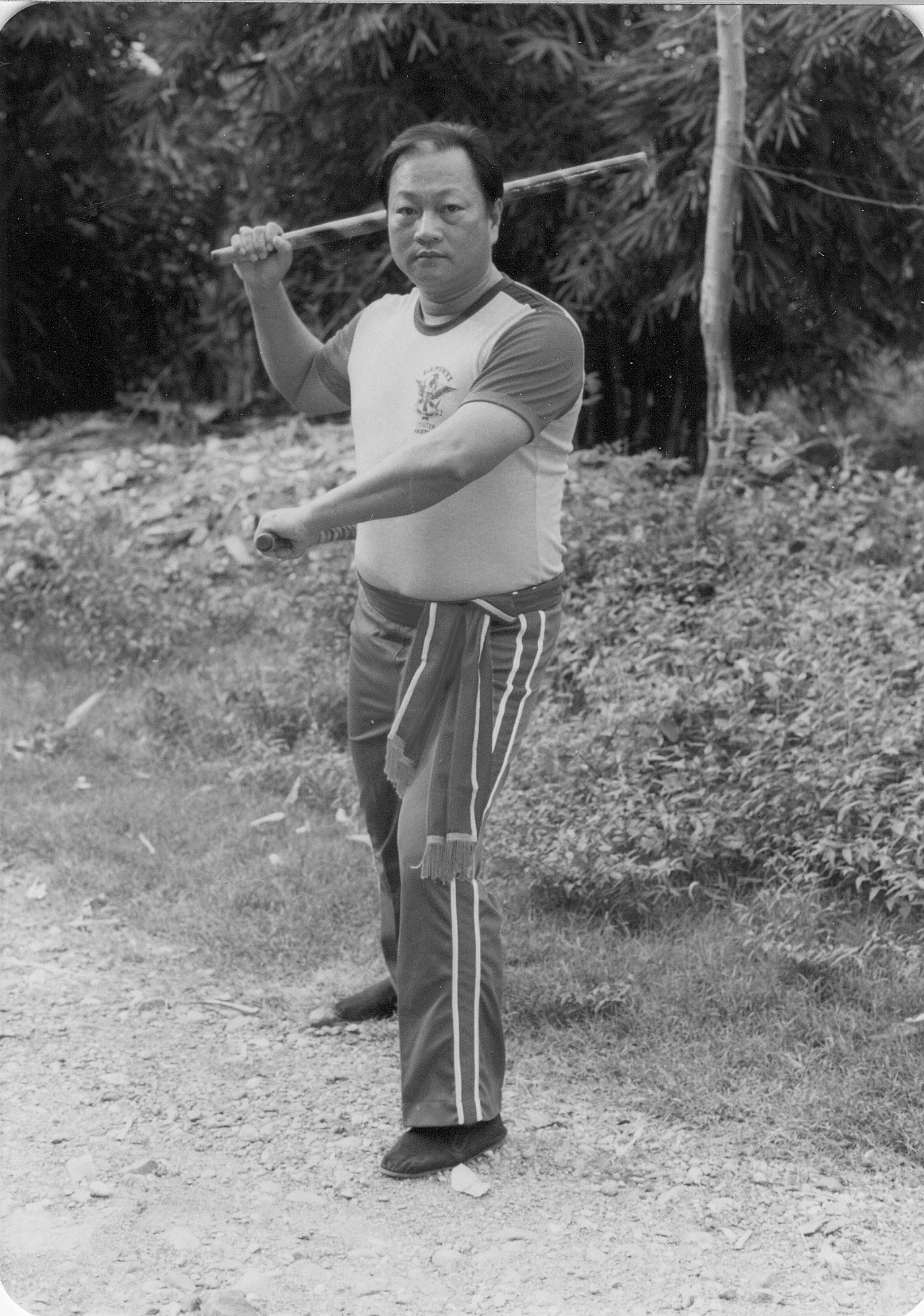 Johnny Chiuten, was born in Bogo, Cebu in the late 1930’s. He had an early introduction to martial arts from his father, uncles, and grandfather. To maintain his cultural heritage he was sent to China to be brought up with traditional Chinese customs. Here he was further exposed to more martial arts styles from his Chinese relatives.

Johnny had been trained in the Balintawak style of arnis by
Grandmaster Anciong Bacon. After learning Balintawak he moved on and
studied the arnis de abanico style of Felimon Caburnay.
The arnis de abanico masters resisted the introduction of new concepts of kung fu into their art which resulted in the creation of several factions.
Those that learned the new abanico style (the collaboration of Master
Chiuten & Grandmaster Caburnay) were few and the changes they learned were mostly the physical aspects.
The primary and perhaps trademark characteristic of the style is the use
of the crossed leg stance and its application in advancing and/or
retreating while delivering multiple blows. Trapping techniques with the
hands, feet, sticks & dagger, not to mention the intricate take-down and
locking techniques, make this style different from some Filipino arts.
The name given to this style, Pronus-Supinus (pron-supine) refers to the
yin-yang relationship of the hands and the Cadena de mano (chain of hands)
refers to the continuous hand movements as it relates to attack and/or
defense techniques. These incorporate the principles of the different arts
that form the bulk of the offensive and defensive arsenal. What forms the
very foundation of this art is the stance work, hand and foot techniques, the
whole body is involved in the expression of the art. The stick and
dagger are merely the extensions of the total art. There has been no claim
of this art being a pure Filipino martial art style but rather, an
expression of the fighting philosophy of Johnny, as comprehended and
translated by his followers.